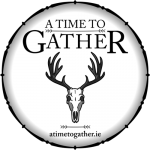 For many people, grief is an option. Looking at my own life, I realised it to be a matter of life and death. In fact, throughout my life, grief has been an important theme; crying to release the deep pain of accumulated losses and connecting with that part of my spirit that needs to honor Life. Grief and Praise are intrinsic to my acknowledgment of this human existence. All things immeasurable, seen and unseen. Two key things are required for me to do that, weep and laugh. This is how I connect to the beauty of it ALL.

Grief is a form of Praise for LIFE. Those parts of us that show appreciation. How we authentically recognise this miracle of being Alive has an inextricable relationship to Grief. Inordinate Grief is not a new phenomenon. The Sufi´s wrote poems to reflect the beauty of our human journey by recognising what is Sacred.

Those unable to grieve,

or to speak of their love,

or to be grateful, those

as the source of everything,

or a cold anvil, or a group

Say the Name. Moisten your tongue

with praise, and be the spring ground,

waking. Let your mouth be given

As you fill with wisdom,

and your heart with love,

waiting on the doorsill, a silence

which doesn’t listen to advice

from people passing in the street.

Their writings were like Love poems. They understood the relationship of Love and Loss. In the modern world we have forgotten to remember what lies before us and what continues beyond us. Therein is the heart of Life. The whole idea of Grief is that people care about each other and themselves enough to show up and offer a true reflection of what it is that they hold dear. “That´s What makes you a human being, that willingness to sing another free” – Martin Pretchel

When I was a young adult I witnessed a shoeless homeless pregnant woman begging on the streets of New York, in the snow, crying out in pain. I was so shocked and confused by her shocking desperation that I took flight.

I was told I would need to get used to the experience of seeing homelessness, that it was just part of living in a big city. I had thrown her a few dollars instead of doing something more meaningful. Thoughts of her just wouldn’t go away. I was 19. Daily, I would go by the same block with the hope I would see her again. How could I have rushed past her in my urgency to get to my waitressing job? But she was never there again. I had no community to refer to in relation to this. Nowhere to put my shame around my dismissiveness of her. I lay awake imagining a better outcome. I was angry from the guilt. My pain had nowhere else to go but to feed my growing anger. When I moved away from New York I told family and friends I could not accept mindless avoidance as a normal part of life. Most of them dismissed it as dramatics. They had normalised it I guess. The anger kept growing.

At the age of 36, in my 2nd year of training to be a Humanistic Integrative therapist, I took on 3 roles to pay my tuition fees. One was night-shift worker in a homeless hostel for women in Dublin city centre. I went in wide eyed. I was ill prepared. Our training focus was about keeping safe! My naivety left me exposed and vulnerable in the first year. My anger got worse as I witnessed overdoses, brutal attacks, post rape trauma, psychotic episodes, bullying, malipulation, lonliness, burnings, misery and the list goes on. The system of care itself was diseased, from over emphasis on regulations and the team were overworked and underpaid. I lasted 4 years. By the time I left the system I was armored and desensitised. Nobody had told me how to Grieve. Grieving as a tool would have been such a useful release for all the teams I worked on. So many of my colleagues were getting sick. Some of them died. Sick-leave was a huge response, especially in the HSE system.

We just needed to GRIEVE

When I finished my training, and left my other 2 roles, (Keyworker at a Domestic Violence Shelter & Clinic Sexual Health Advisor focusing on harm reduction in active LGBT communities and Sex-workers) I began to realise I had become less sensitive as a person. I was a container. I was suffering from the devastating outcome of burnout. Outside of the clinic space I was stuck in these feelings of betrayal and even rage. Luckily I started personal process work that focused on my unconscious. I used breath-work, dream-work & meditation. Eventually I consciously solicited N.O.S.E with the intention of looking deep inside myself. I cracked open. All the self-care endeavors during my career were quick fix tools that did not go anywhere near the well of Grief held inside. My 4 years of training & 6 years of personal talk therapy had not gotten to the core of my Grief. Over these past years, due to this deeper work, I have been shown a multiplicity of tools and techniques to re-sensitise myself and now know the skill of how to let go, Surrender.  One of these tools came to me during an expanded state. I was shown the generations of my family lineage who had yet to be properly grieved. I was shown that I needed to Lament.

The ritual character of laments embodies notions of transition to another state or world and the possibility of symbolic renewal. A term associated not only with mourning rites for the dead but also with ritual leave-taking, as in the case of grown up children leaving a family to marry, emigrate, or go to war. A mother’s farewell to a son recruited on war service is such a lamentable experience Worldwide. Funeral laments differ just as the rites associated with them vary from one country to another, but there is a universality to them. The predominantly vocal expression of grief in lament rituals is complemented in some cultures by instrumental music and movement that carries symbolic or numinous force; speech, poetry and dance may also play a part. The notion of lament can extend into other traditional genres such as ballad or epic, especially through performance style: ‘lamenting’ can be an interpretative approach to song or chant, a style as much as a genre. The range of symbolic functions can range from genuine mourning or parting to complaints about status in the community, or to contact with the preternatural or spirit world.

My personal journey to embracing sound and tears, to release anger and soften, began after an intensive N.O.S.E. My ego was shattered enough that the defenses came down. I spent two days on the floor after the experience, sobbing. Then I started to add deeper sounds. As I moved forward, over the years, making space in my lungs for chant and lament, I started opening up my throat chakra and recognised that this was to become an integral part of my healing. My capacity to communicate changed and Lament became a medicine to me.

The development of this practice took a new direction… read mre about that here:…https://atimetogather.ie/2020/01/27/restoring-keening-lament/

© 2022 A Time to Gather. Created for free using WordPress and Colibri